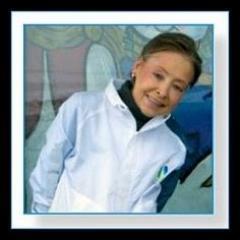 With saddened hearts and gratitude for her contributions to literature and the arts, we join the Canadian literary community in mourning the recent passing of Judith Fitzgerald. Born in Toronto, Ontario, Fitzgerald passed away peacefully in her northern Ontario home on November 25, 2015, two weeks after her 63rd birthday. She was a passionate devotee of the arts and had an unyielding love of language that fulfilled vocations as a poet, editor, journalist, and critic.

In the 1980s as a critic for the Globe and Mail, Fitzgerald received the Fiona Mee Award for Literary Journalism. “Fitzgerald is perhaps best known for her newspaper blog/column that fearlessly achieves the remarkable feat of raising the Globe and Mail to the condition of poetry,” writes Garry Thomas Morse in Jacket 2. She also penned a music column for the Toronto Star and worked in radio, where she created Today’s Country, a worldwide syndicated program that was the recipient of a Canadian Country Music Association Award.

Fitzgerald was also the recipient of the 2003 Chalmers Arts Fellowship for poetry, and has served as writer-in-residence for the Hamilton Public Library, Algoma University College, Laurentian University, and the University of Windsor.

Fitzgerald’s last book of poetry, Impeccable Regret, was published in Fall 2015 and launched at BookFest Windsor to critical acclaim.

Please email info@talonbooks.com to share any pictures, or tributes in memory of Judith Fitzgerald.