Larry Tremblay is a writer, director, actor and specialist in Kathakali, an elaborate dance theatre form which he has studied on numerous trips to India. He has published more than twenty books as a playwright, poet, novelist and essayist, and he is one of Quebec’s most-produced and translated playwrights (his plays have been translated into twelve languages).

The publication of Talking Bodies (Talonbooks, 2001) brought together four of his plays in English translation. He played the role of Léo in his own play Le Déclic du destin in many festivals in Brazil and Argentina. The play received a new production in Paris in 1999 and was highly successful at the Festival Off in Avignon in 2000. Thanks to an uninterrupted succession of new plays (Anatomy Lesson, Ogre, The Dragonfly of Chicoutimi, Les Mains bleues, Téléroman, among others) in production during the ’90s, Tremblay’s work continues to achieve international recognition. His plays, premiered for the most part in Montreal, have also been produced, often in translation, in Italy, France, Belgium, Mexico, Columbia, Brazil, Argentina and Scotland. In 2001, Le Ventriloque had three separate productions in Paris, Brussels and Montreal; it has since been translated into numerous languages. More recently, Tremblay collaborated with Welsh Canadian composer John Metcalf on a new opera: A Chair in Love, a concert version of which premiered in Montreal in April 2005. In 2006 he was awarded the Canada Council Victor Martyn Lynch-Staunton Award for his contribution to the theatre. He was a finalist in 2008 and 2011 for the Siminovitch Prize. One of Quebec’s most versatile writers, Tremblay currently teaches acting at l’École supérieure de théâtre de l’Université du Québec à Montréal.

Abraham Lincoln Goes to the Theatre 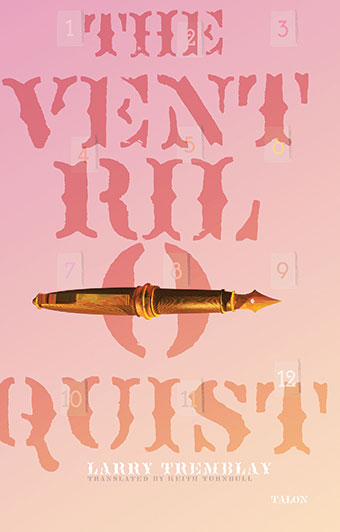