Over the weekend of June 1–2, 2013, on either side of the continent, two significant book fairs overlapped: Book Expo America (B.E.A.) in New York City and the Congress 2013 Expo in Victoria, British Columbia. Talonbooks was at both!

In case you missed us in New York, here’s a virtual taste of the Talonbooks booth, where review copies of current and forthcoming titles were available (including They Called Me Number One, Wigrum, and Rogue Cells / Carbon Harbour).

Meanwhile, closer to home, the annual Congress of the Humanities and Social Sciences was held in Victoria, B.C., and Talon books were at the Expo in the McKinnon building of the University of Victoria. Congress attendees found Vicki (not pictured) and Greg, among our many excellent books, ready for chatting. 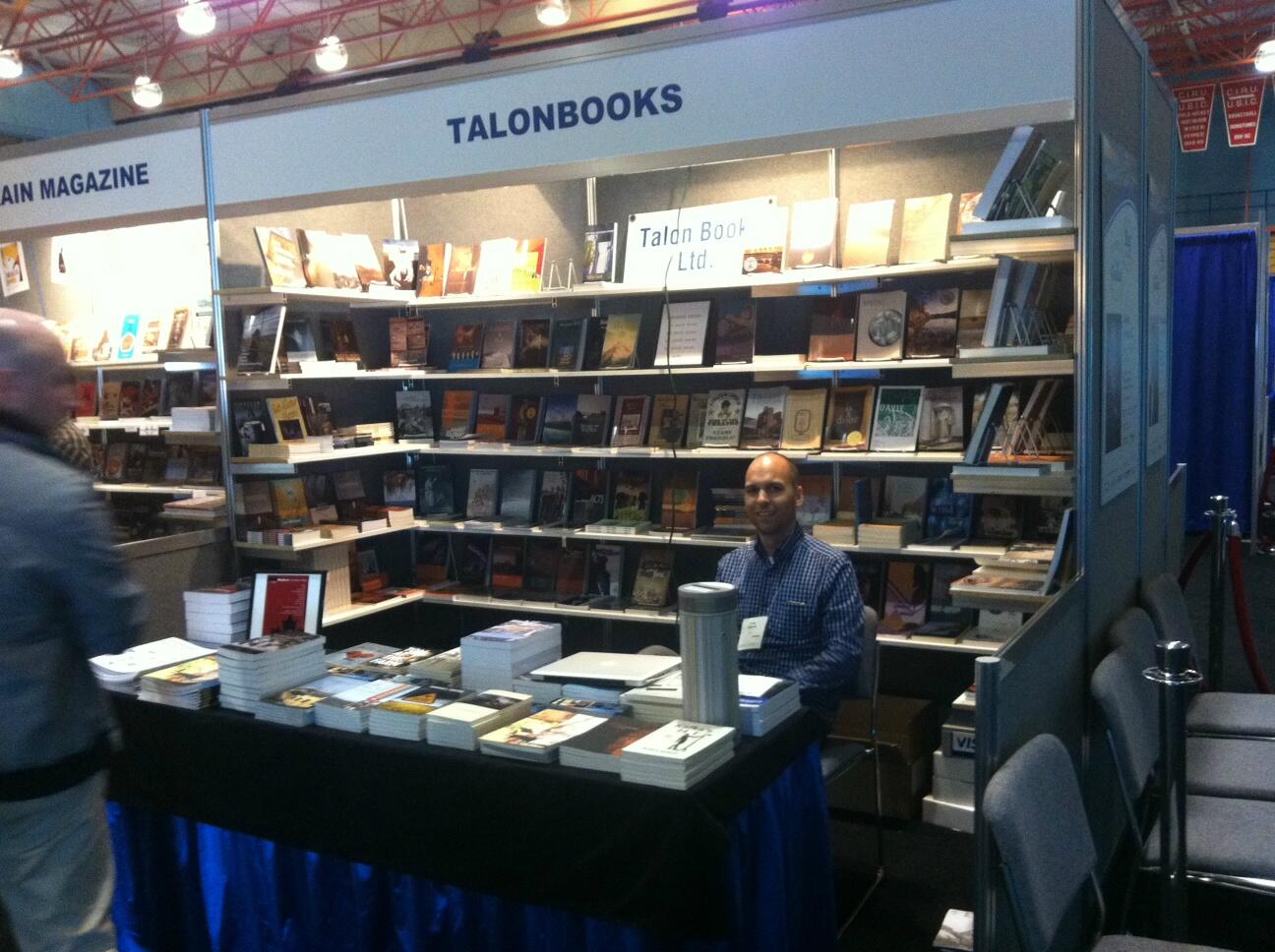 Above: Greg Gibson of Talonbooks at the Talonbooks both at the Congress 2013 Expo. Photo by the Literary Press Group of Canada