Winner of the 1990 CAA for Drama, Bordertown Café is set in a café on the Canadian side of the Alberta/Montana border. This comedy-drama is about a family whose members are torn between their unrealized goals and dreams, and family obligations. It was made into a feature film by Cinexus/Famous Players and directed by Norma Bailey from a screenplay by Rebar, who received a Genie Award nomination for Best Adapted Screenplay. Bordertown Café has been widely produced in theatres across Canada, including Theatre New Brunswick, Montreal’s Centaur Theatre, London’s Grand Theatre, Winnipeg’s Prairie Theatre Exchange, Regina’s Globe Theatre, Theatre Calgary, Vancouver Arts Club Theatre.

Some of Rebar’s other plays include Cornflower Blue (Memories from a Prairie Childhood), which like Bordertown Café was commissioned by the Blyth Theatre Festival and toured throughout Ontario and Manitoba. First Snowfall was written when Rebar was playwright in residence at Alberta Theatre Projects and was produced by Theatre Network. Checkin’ Out, a comedy-drama about a small town check out girl, was commissioned by Northern Lights Theatre in 1981 and produced by them before going on to productions in Ottawa, Vancouver, Thunder Bay and at the Prairie Theatre Exchange in Winnipeg, where it remains their most successful production to date. After spending time in Washington, DC, Rebar became playwright in residence for Prairie Theatre Exchange and wrote a play for them, All Over the Map, which they toured throughout Manitoba and parts of Ontario. It was then produced by Chinook Theatre in Edmonton. Rebar’s first play, Chatter, was produced when she was just 17, at Calgary’s Factory Theatre West. That same year she was part of the first Playwright’s Colony at the Banff Centre.

Rebar also writes for television and film and has several screenwriting and story editing credits to her name. She has written for the NFB, the CBC, Atlantis Films, Sullivan Entertainment, Shaftesbury Productions, for the television series Wind At My Back and Jake and the Kid. She has adapted several of Alice Munro’s short stories, including the television feature based on Lives of Girls and Women.
Rebar makes her home in Nelson, BC. 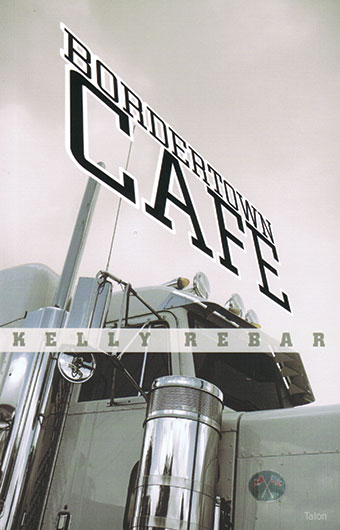